After a couple of months of silence, here we are again with some updates on the development of Icy, the post-apocalyptic RPG that was previously named Frozen World. We didn’t spend the last months “building snowmen”, we worked on our game and we can finally start to show it to the world. And we will start with the dialogue system. 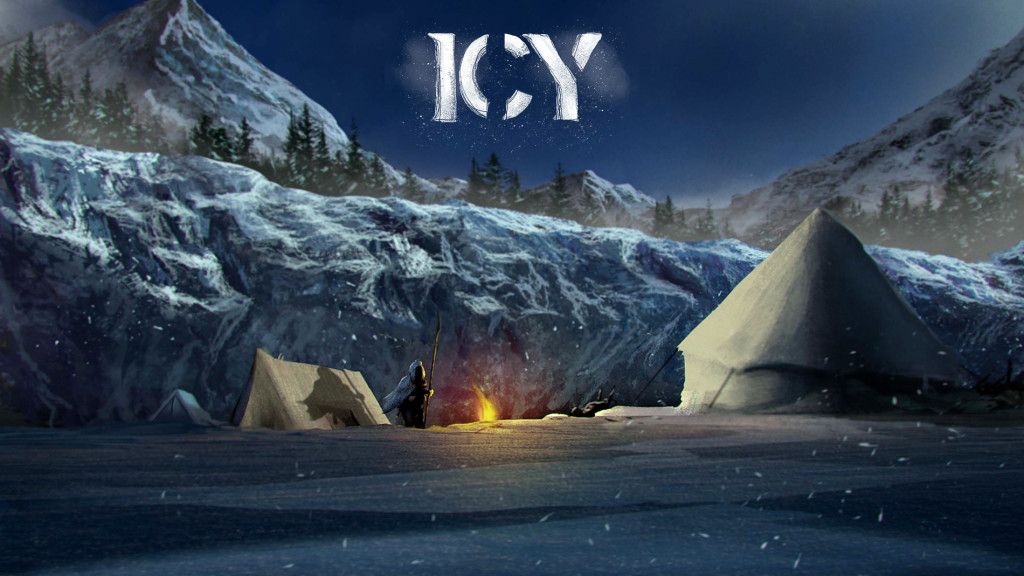 Today we’ll speak about Icy’s dialogue system, how it will work and what kind of features we have built in it. We believe that branching dialogues are a core feature in RPG games, since they allow the player to better embody their virtual alter ego, to give it a personality and a moral code that, through choices, will affect the course of events during the game.

The concept of choice is the fundamental pillar of an RPG: being able to choose what to do and how to do it is what distinguish a true role-playing experience from a game that only allows you to kill, gather loot and level up. That’s why branching dialogues are so important, especially in a game like Icy where all the narrative component will be dialogue-based. 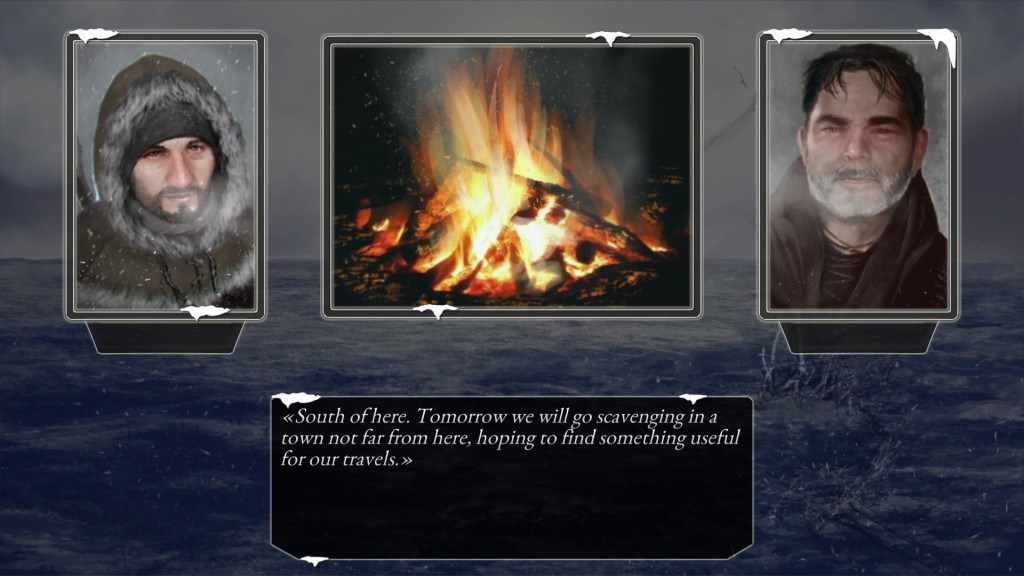 Icy’s dialogue system is based on the ones adopted in the best classic RPGs and it will give the player a total control over everything his/her character will say. As you can see from the images, the player will always have more than one dialogue line to choose and that means being able to give a personality to the character even if there’s not an important choice at stake, because it’s important for us to give to the player as most freedom as possible to play the role he/she wants to play.

The main character’s skills will affect the dialogues, which means that the player can invest experience points in social skills to gain certain advantages when needed. A difficult situation can be solved through intimidation or speechcraft and killing people won’t always be the best choice: on the contrary it will often be dangerous and risky.

Unlike other RPGs, we decided to hide the various stat checks and there’s a specific reason behind this decision: knowing that a particular skill triggers a particular dialogue option can lead the player to choose it without thinking about it, just because stat checks are often a “click-to-win” feature. We want the player to carefully examine the situation and choose according to what seems more reasonable to them. We don’t want him/her to simply click on a dialogue option that appears highlighted due to the character’s stats at the moment, knowing that it will always be the best choice: for example, trying to intimidate the leader of an army maybe isn’t a smart thing, even if your character is good at intimidating people.

Another important thing that you may have noticed is that the various options available to the player are little sentences, which actually sum up the content of bigger and more articulated expressions. But don’t worry, you will always have the full control on what your character says because you will just need to move your mouse cursor over the button to see a preview of the full dialogue line, just like it happens in games such as Deus Ex: Human Revolution. That means that you will never click on a dialogue option and see your character say something completely different from what you imagined. We chose to use buttons with abstracts to make the UI simpler and easier to manage, allowing the player to easily navigate through the various option, quickly identifying the one he/sheprefers without losing the control over what the character actually says. 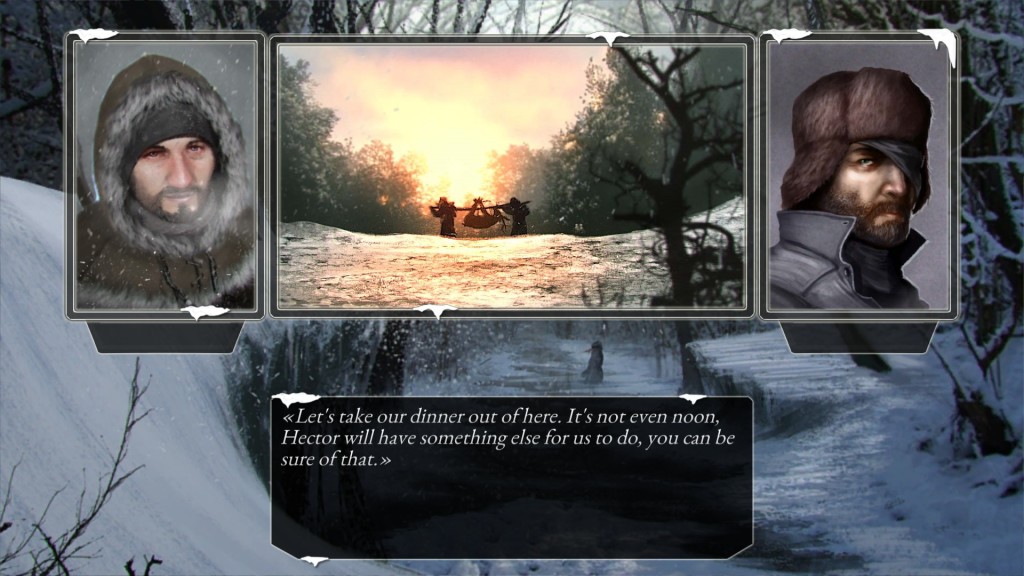 Dialogues will be the core of Icy’s experience, but this core will be supported by different gameplay mechanics that will cover the typical activities of a survivor’s routine, like scavenging, hunting and fighting. All those mechanics will feature interesting choices and will allow us to create an all-round survival experience, which will offer a real challenge to the players brave enough to choose the hardest difficulty level. We will show you those features in the future, so stay tuned for more updates about Icy!