Frozen World setting will be the core of all narrative and gameplay and it couldn’t just be anything else.

The world is in a permanent winter and there are a lot of different consequences on human life. On the biological side, humanity had evolved to live in temperate climate ecosystems and, thanks to the progress, had been able to adapt to different climates. But what happens when most of the progress you achieved just collapses, leaving nothing but ruins behind? Our society depends on things like electricity, internet, roads and industry creating most of the goods we use in our life. But when the humans on the planet are less than a million people and most of them are forced to live with a nomadic lifestyle those things cannot just keep working. 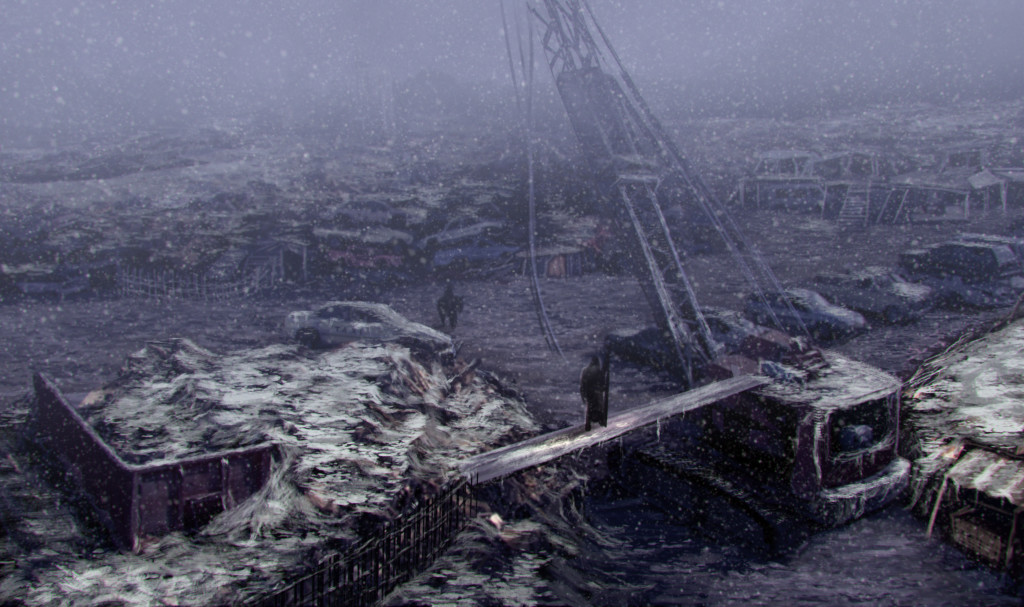 No one knows what happened, not anymore, but there are different legends about how the world ended. Some says that a star fell on the planet, other says that a great war consumed the planet, but the real knowledge was lost because of the rapid depopulation that struck humanity. People live in a world where a dust cloud weakens the sunlight: the cloud had lowered the temperatures and slowly shaped Earth into a new planet where the temperature is rarely above the freezing point and the life of all species had dramatically changed.

Humans can no longer practice agriculture, because most crops need proper sources of heat and light, which are now unavailable. When you can’t grow your own food, you’re forced to abandon a sedentary lifestyle and start travelling around the world, searching for beasts to hunt and plants to gather. Obviously, not all the knowledge from the pre-apocalypse era was lost, and the luckiest survivors who found an energy source or a proper shelter were able to create a settlement. Those settlements are nothing compared to our massive cities, because are small communities rarely hosting more than one hundred people. 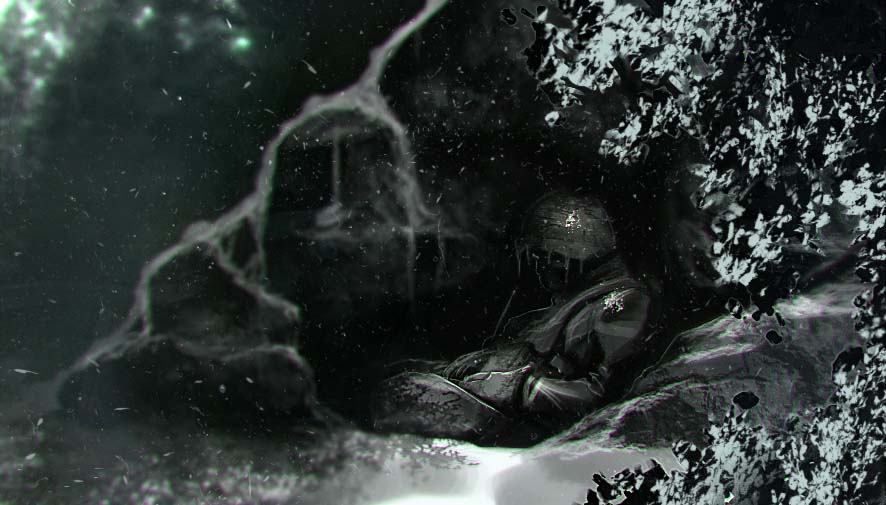 A new society was born out of this context: nomad and sedentary people often interact to exchange resources. The nomads are able to find a lot of ancient relics when travelling around the world and scavenging the ruined buildings searching for pre-apocalypse useful object is one of their primary activities; they also have the possibility to constantly hunt, gather some food then move again, in order not to deplete all the resource in one single area. A nomad group can be composed of just five peoples, but bigger groups can go up to one hundred folks who survive thanks to their big herds providing them meat and food. Those people need to travel every day to find new pastures, since the harsh climate condition doesn’t provide much food to their animals.

On the opposite side, sedentary people usually have one or more resources to barter with travellers who visit them. Some settlements are completely self-sufficient and they trade their surplus goods, others heavily rely on trade to provide supplies to their inhabitants but usually have some important resource to barter, like weapons or tools. Life is easier in a settlement, but it’s always a hard life. Sedentary people must work most of the day and live in constant fear of being attacked, since the richness in all settlements lures all kind of bandits. Living as a nomad is even harder, because they struggle every day for survival and many danger lies on their path: wild beasts, snowstorms, bandits. All nomad activities are characterized by an ever present danger: while hunting a wolf pack can attack the hunters, the scavenger searching a building may die in a collapse, every night the temperature drops and without a proper shelter people may freeze to death.

In Frozen World the player will be a nomad and we aim to create a satisfying experience to fully express the cruelty of this world. The player will face unexpected dangers, ruthless people and mysterious legacies from a distant past. He will need to lead his companions in a struggle for survival, fearing both the external world and the internal issues, because the group needs to stay close and everyday problems will regularly threat its harmony.